The sightings in this section were complied by Professor Henry H Bauer in his book 'The Enigma of Loch Ness'. He has very kindly allowed us to reproduce what was the most comprehensive list ever produced at that time. His book was completed in the mid 1980s hence his list stopped in 1985. You can still purchase the book from Wipf & Stock at https://wipfandstock.com/store/The_Enigma_of_Loch_Ness_Making_Sense_of_a_Mystery

Over time, we hope to add to the list - you will see that at the end of the list, other sightings that weren't picked up by Prof. Bauer at the time are also listed.

The very first sighting was noted in 565AD by St Columba who had travelled north to Inverness to convert what he considered to be heathen Picts to Christianity. It was recorded by his biographer St Adamnan in "The life of Saint Columba, (Columb-Kille), 521-597". This is the original latin description: 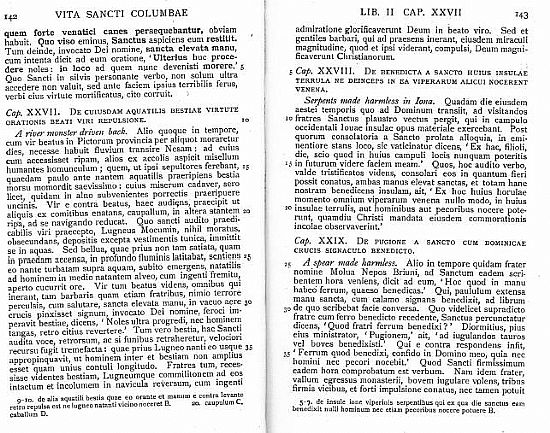 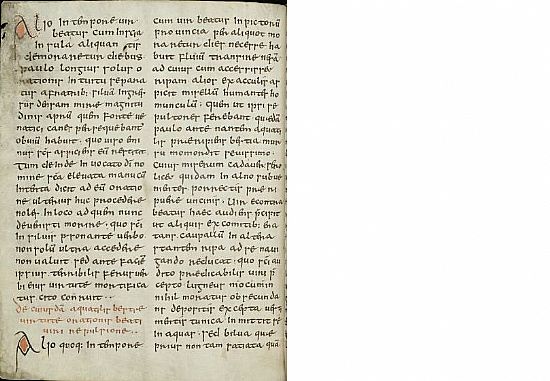 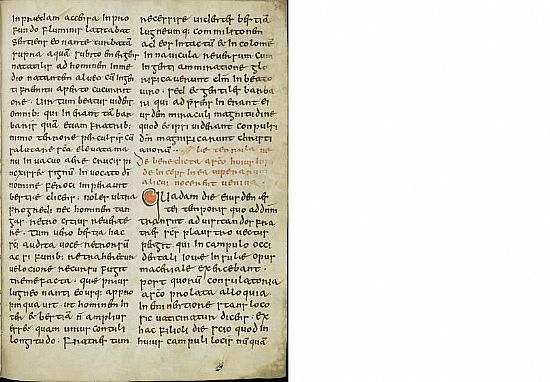 Click here for all the earliest sightings from 565 to 1694

Other sightings reported for the period after Henry's book was published

In December,  Calum MacFarlane Barrow and his brother Patrick both saw a large creature in the loch near Fort Augustus. They saw the same creature twice in the same day by Calum explained in 2018 that such sightings were much more common amongst the local population at that time.

May - George Coutts and three others were driving to Foyers on the south side of the loch at 8pm in the evening. They pulled into layby weh they saw waht looked like upturned boat in  near Inverfarigaig about a quarter of the way out across the loch. It wasn;t moving but it had salmon jumping round it and it was like an elephant’s back.  8pm on Foyers road. They tried to flag down a passing van but it didn’t stop - after this they made their way to Foyers but decided not to tell anyone. Mr Coutts, of Inverness, finally told the story in September 2019.

23rd July - Mr and Mrs Brand, Achilty, Contin, in company with Mrs Brand’s father, Mr Andrew Walker, whilst motoring along the Dores side of Loch Ness , had a good view of the Loch Ness Monster, directly opposite Urquhart Castle. The object, they say of considerable size, surfaced quite close to the shore and immediately made for the centre of the loch at speed. The loch itself was as calm as a mill-pond at the time and the surprised party were fascinated for several minutes until “Nessie” submerged. All three had previously been sceptical about the existence of “Nessie” but since last Thursday have changed their views - source, Ross-shire Journal 30 July 1965.

May 1969 - Fred Millwood of Inverness was travelling towards Inverness in late May when he saw a 10-12 foot long creature travelling across the loch at about 4mph. He said that it was like an upturned boat and there was no head visible. When it was about 200-300 m from the other side, it disappeared - he waited for about half an hour but nothing re-surfaced.

On 13 October 1969, local boy Peter Mackenzie and his uncle Ian MacRae were fishing in a small boat at the north end of the loch. Their fishing log states they were "Going down past Aldourie Castle, 5.15pm about 100 yards out, wind S/W slight. Had been calm”. They then saw what they first took to be the wake of a speedboat coming towards them from the direction of the Clansman Hotel. It then appeared that there was a shape that was not a boat at the head of the wake - which then disappeared.Tthe object then resurfaced and headed for the middle of the loch where they could see it in profile - Peter said it had the colour and shape of an elephant. It then disappeared under the water and their boat rocked in the waves caused by it - the whole episode took about 2 minutes.

During the August of 1971, on a Sunday afternoon Richard Haworth was standing alone on the front lawn of Temple Pier house, looking across a flat calm Urquhart Bay in glorious sunshine. As he looked across to the Enrick / Coiltie river-mouth and scanned left towards the castle, he noticed a wake of water. At the front of the wake was what looked like a black hockey stick standing vertically out the water, with the 'hook' at the top. Initially he thought it might have been a swan but as it moved (at considerable speed in the direction of Urquhart Castle, it passed by a moored yacht close to the shore, and the 'hook' or head was clearly higher than the deck, making it at least 5 feet in height. The sighting lasted a couple of minutes.

In 1974, Mr J Gray and his friend, both of Inverness, saw what was looked like an upturned boat oveibg about in the water near Foyers one evening. Although deciding not to tell anyone, they had the sightingc onfirmed shortly afterwards when they met another person. He relayed these details to this website in 2019.

RD and his family were on holiday in the summer of 1976. Along with his mother, father and brother, he saw an unknown creature about 10-15 feet long 'snaking' through the water about 50 yards from the shore. The sighting took place just south of Dores and lasted about 10 minutes.